Sylvie Lamarre, a Veteran Whose Dedication Defines our Success 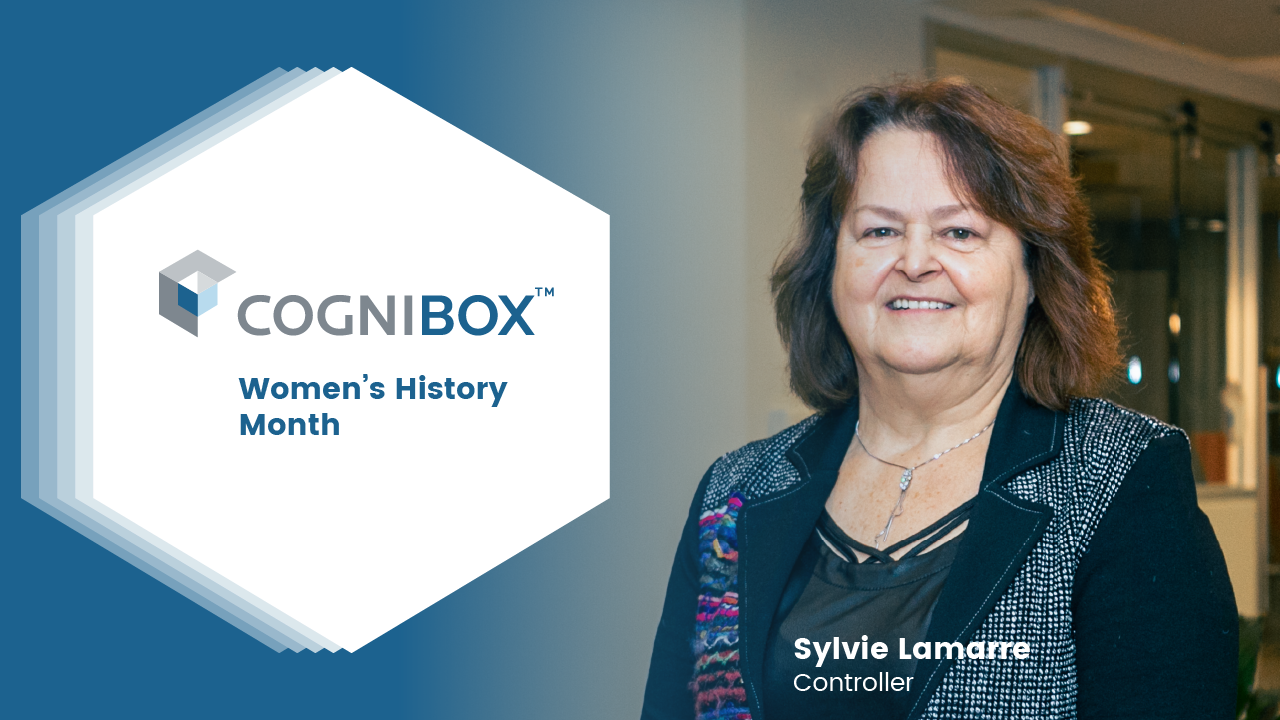 To cap off our International Women’s month feature, we visit a long-time veteran of the Cognibox team: Sylvie Lamarre, Controller.

As our company grew into the respected reputation we’re now known for, so did Sylvie’s influence on our day-to-day operations. That’s no coincidence. If there’s a running theme to our International Women’s month series, it’s that Cognibox’s success is built on the foundation of hard-working women like Sylvie.

"Sylvie is passionate, devoted, inspiring and generous. She has an unmatched level of professionalism," says Diane Verreault, Cognibox's accounting technician and Sylvie's colleague. "She's always going out of her way to make sure her team has everything they need, and she's attentive to the well-being of her colleagues."

Could you start by telling us about your professional background?

I moved to Montreal in 1984, where I worked as a controller and an administrative director for a commercial cabinet making company for over twenty years. I moved back to Shawinigan in 2004 and began working for Cognibox in 2005, as a compatibility expert.

Back then, the Cognibox platform was presented on a PowerPoint and we were a team of sixteen people.

I’ve watched the company flourish into the international success it is today. We’ve added hundreds of employees, new departments, new directives, and each time it’s made us better. I have as much years of service in the company as Cognibox's age. I’ve seen newly hired graduates grow into parents of large families.

Do you think there’s a stereotype attached to female managers?

I’ve worked over twenty years in a male-dominated industry in a management position and I have never felt out of place. I think a person’s attitude, aptitudes, knowledge, values and empathy toward others is a much better indicator of character than a person’s sex.

What is a work-related project or achievement that you’re particularly proud of?

I’m incredibly proud to have become a grandmother five years ago - I had to mention it!

In terms of work, I’m proud to have built a productive team, one where I can depend on every member. I’m also pleased that I’ve been able to adapt along with the company from a service focus to a technological approach.

What progress have you seen on gender equality in your life and work?

Here’s a personal anecdote about progress I’ve witnessed: I have a son who is now 31 years old. When he was born, my mother thought it was unacceptable that I return to work while my husband was home and took care of our son. Today, this type of scenario is considered normal. We’ve come a long way in that sense.

What is your favorite part of working at Cognibox?

What I love about working at Cognibox is that there are many women on the team in different departments, but that we’re all treated as equals, regardless of position or status on the team.

There’s a wonderful atmosphere of friendship, humor, respect for one another, and empathy. The leadership team understands the challenges encountered by our team and go out of their way to make sure we feel comfortable in our roles.

A huge thank you to every woman making a positive impact in the workplace!

Read our previous posts in this feature to meet Rose, Marie-Hélène, Chantale, and Valérie - some of the other amazing women in the Cognibox team. 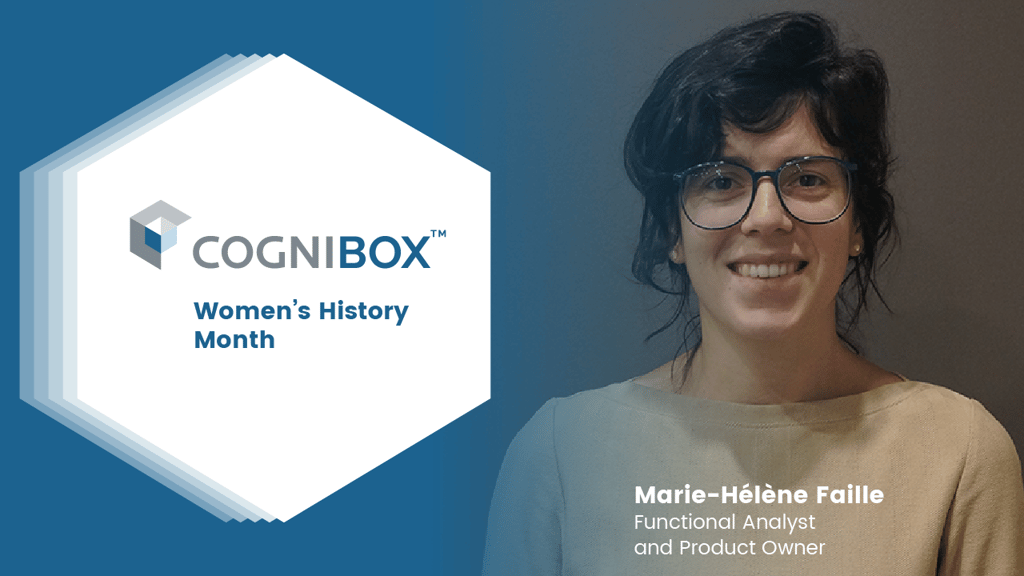 Welcome back to our International Women’s month feature, which highlights some of the female team...
Read more 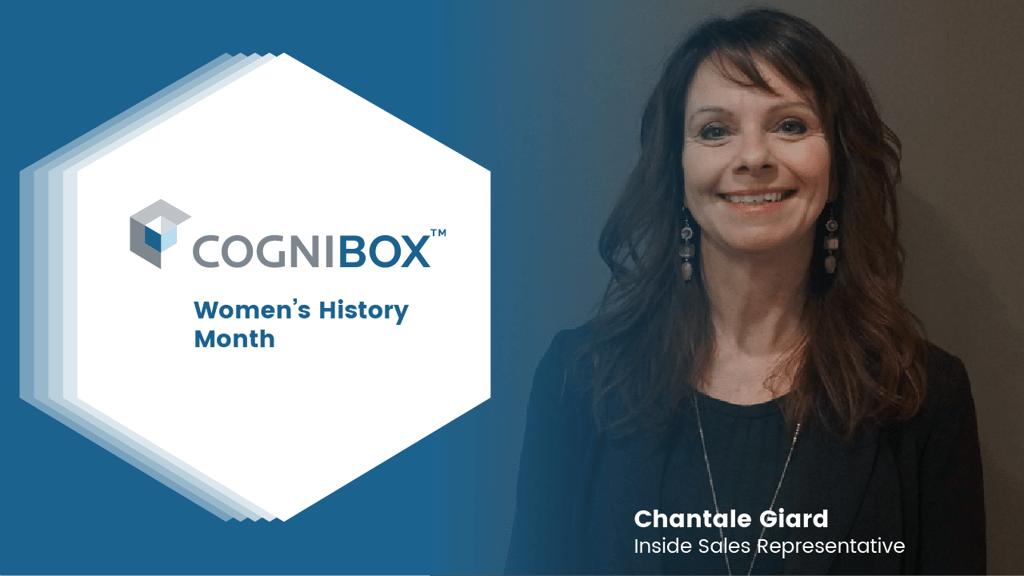 This week in our International Women’s month feature, we chat with Chantale Giard, an Inside Sales...
Read more 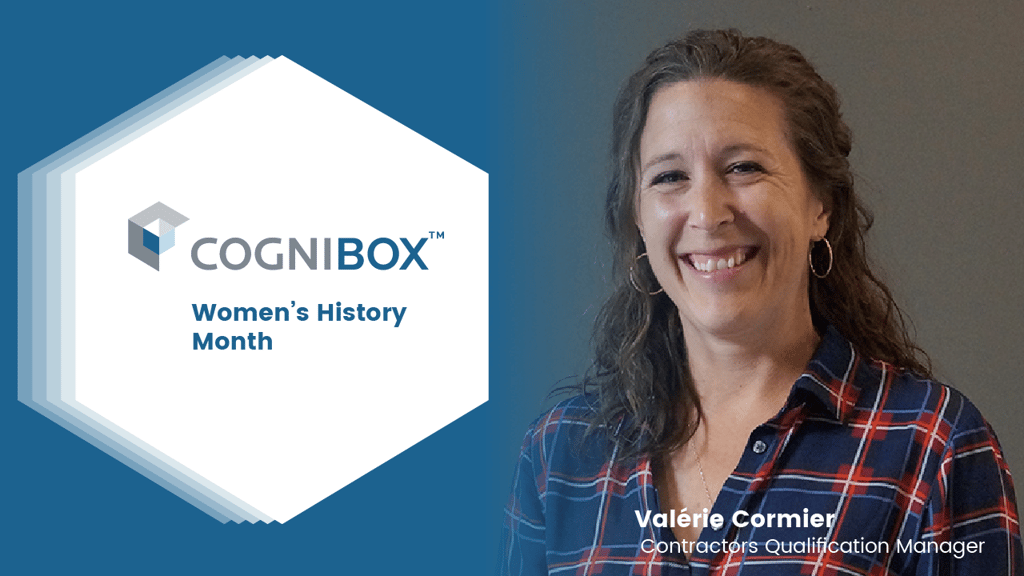 Charismatic and Empathetic - Valérie Cormier is a manager who genuinely cares

For the penultimate feature in our International Women’s month series, we headed over to the...
Read more
All articles